Interview and studio tour with artist Jessica Voorsanger at her studio in Leyton, East London by John Rogers. 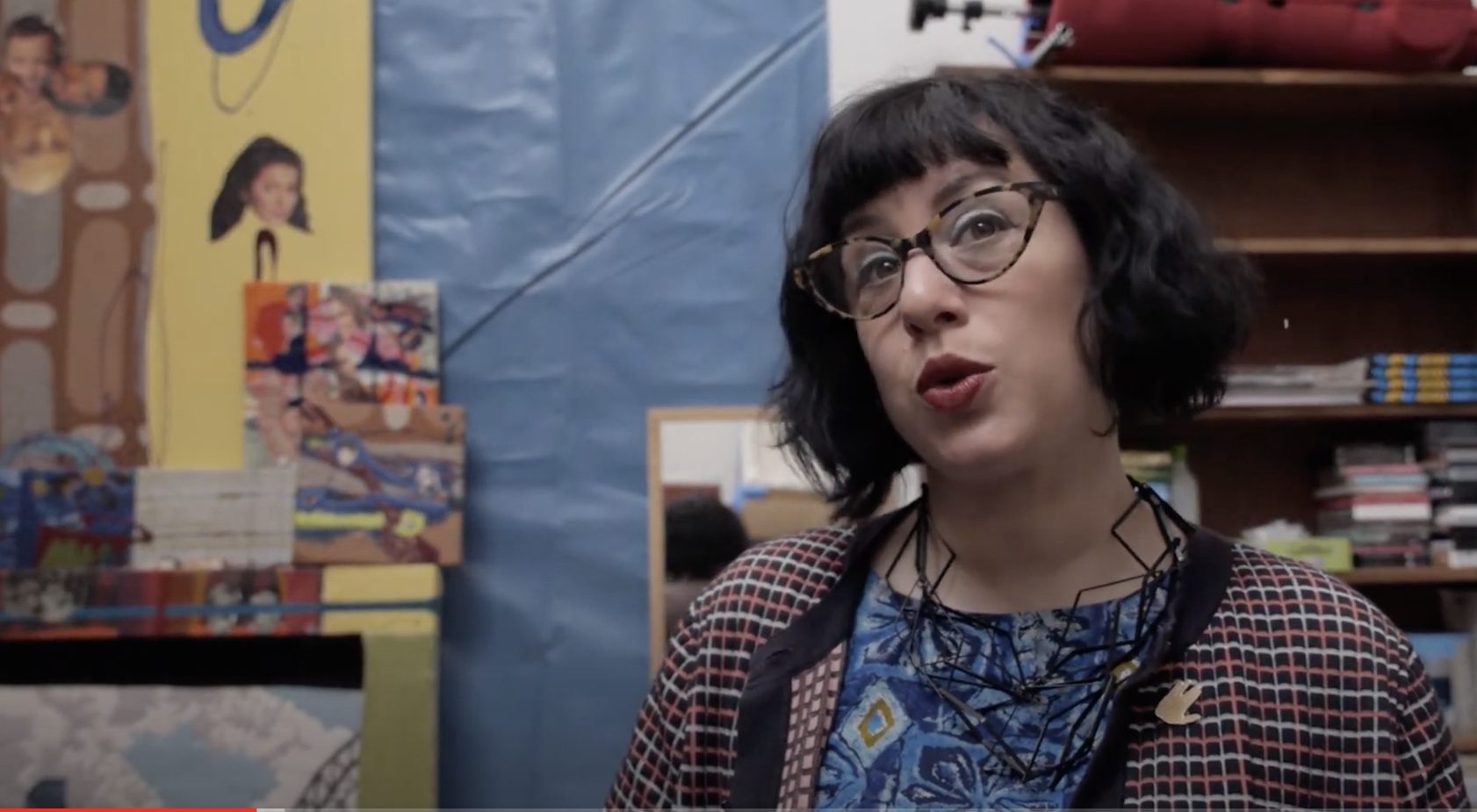 A group exhibition celebrating the Bauhaus and how it has inspired our work. The 28 practitioners in the exhibition all work for The University for the Creative Arts 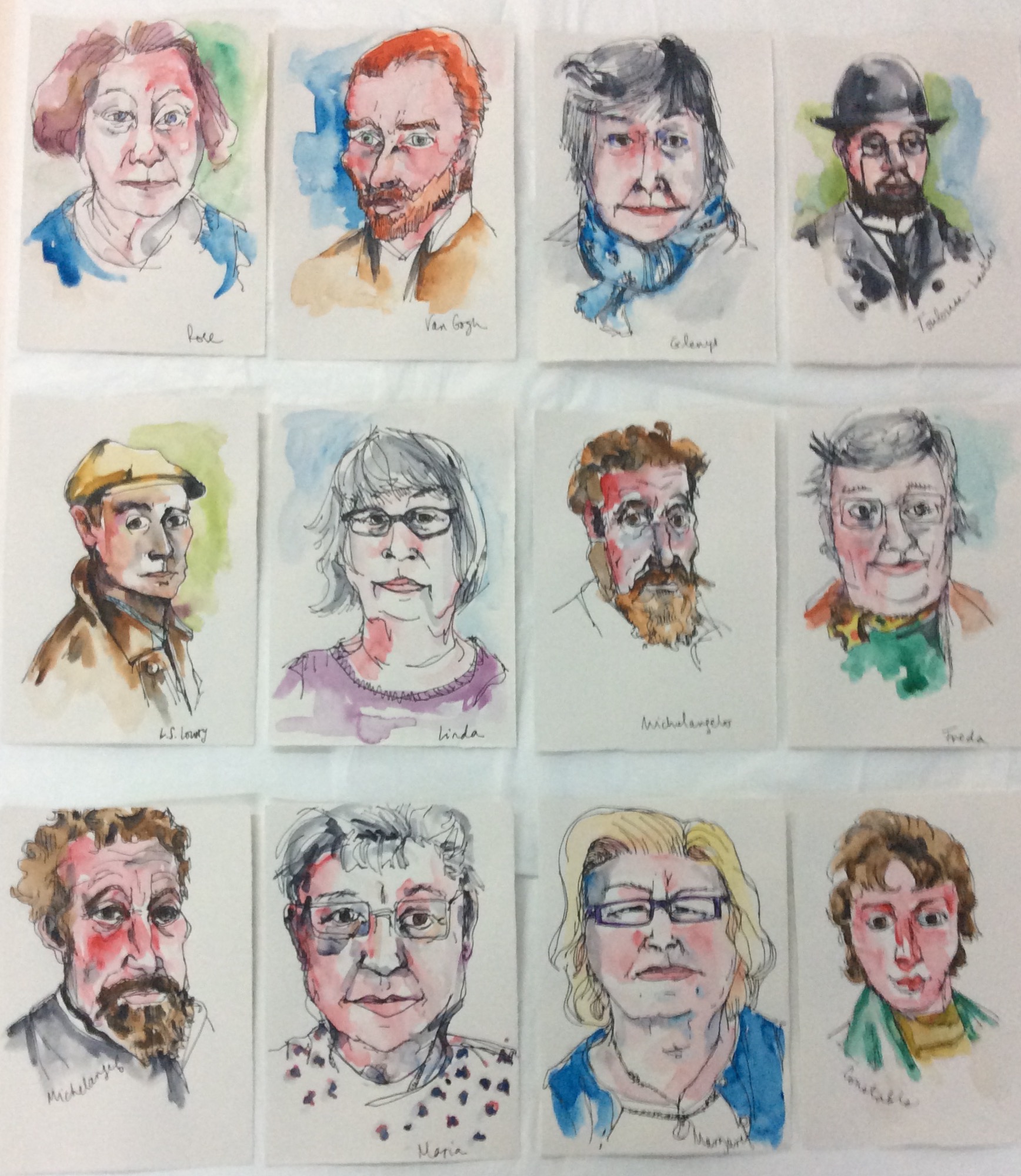 Jessica Voorsanger, The Ladies who Knit for Peace and their Favourite Artists, watercolour on paper 2018

Bringing together historic figures such as Ingres, Picasso and Hepworth, and recent and contemporary artists including Lassnig, Hockney and Landy, this exhibition reveals intimate encounters between artists and their subjects over the past 200 years. Remarkable drawn portraits, rarely seen, sit beside those made today, and demonstrate drawing’s enduring ability to bring characters to life.

Drawing creates the illusion of presence. Using precise lines, Picasso and Freud capture a posed subject, whereas Hockney catches his sitter unaware in a calligraphic flourish of ink. Portraits of family members by Cézanne, Auerbach and Goodwin convey the sense of an intimately unfolding situation through multiple, restless pencil or charcoal lines.

In self-portraits by Maria Lassnig and Nicola Tyson, evocative colours are used to express psychological states and bodily sensations. Landy, in contrast, conveys the demands of self-representation through spidery black lines that knit into staring eyes and a furrowed brow.

The individuality of Mounira Al Solh’s migrant and refugee subjects is captured through experiments with style and medium. Drawn on yellow legal pads, they evoke not only an illusion of presence, but act as a material reminder of the contemporary human condition.

Exhibition supported by The Tavolozza Foundation. 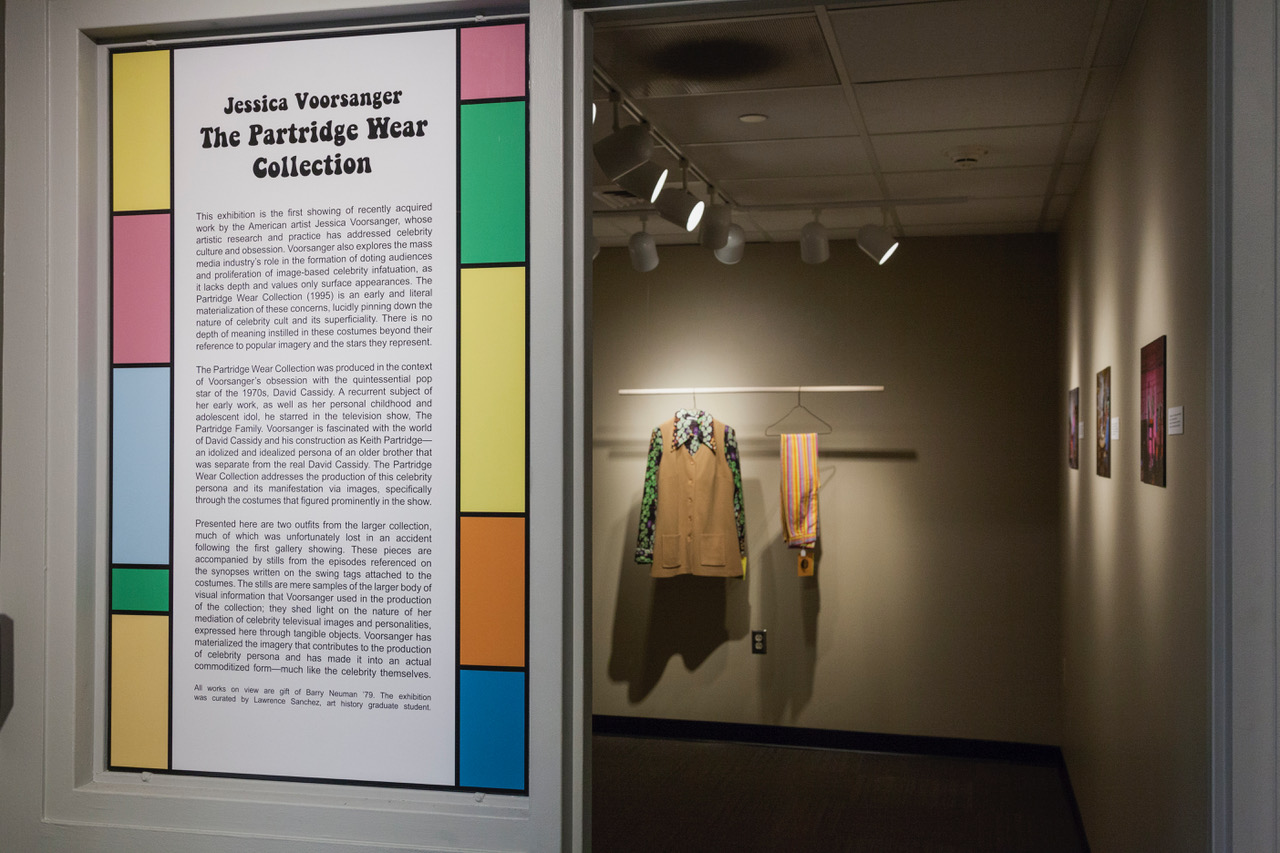 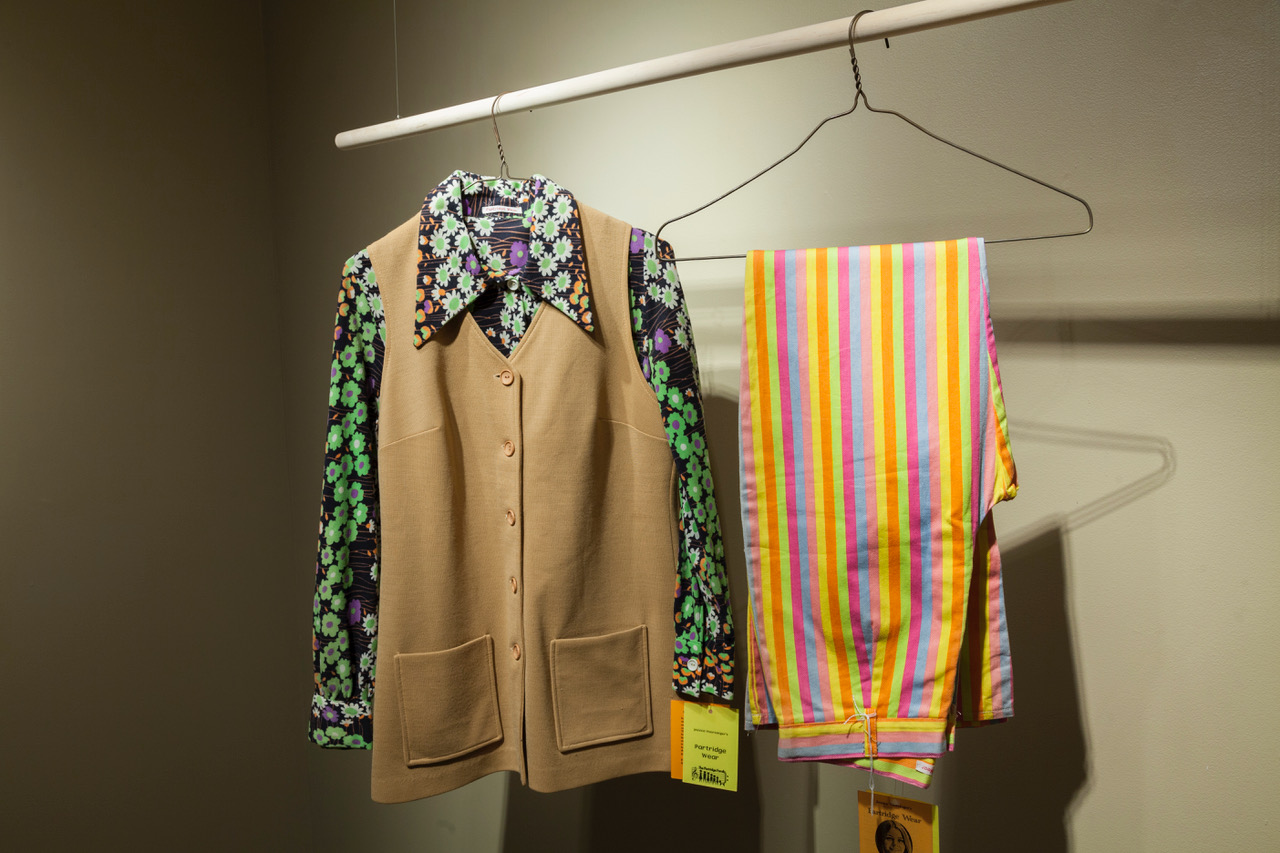 On June 10th 2018, thousands of participants from all over Great Britain attended one of the large scale marches organised by Artichoke Trust and 14-18 Now! in London, Edinburgh, Belfast or Cardiff. From above the crowds of participants become green, violet and white stripes (all wearing scarves), the colours of the suffragette movement to celebrate 100 years of the Woman’s Suffrage Movement.

Artichoke Trust and 14-18 Now! Commissioned 100 artists all over Great Britain to create banners with diverse groups of women. Jessica Voorsanger was commissioned to work with a group of female participants at The Turner Contemporary in Margate to create one of these banners. The participants came from UCA (University of Creative Arts, Canterbury), POW! Thanet, Mencap, Wimbledon School of Art (University of the Arts, London) and other local artists. Over 6 weeks of workshops the group devised a large scale banner (with individual contributions from the participants), chanting phrases and costumes. Hence Voorsanger’s Posse of Protesters were formed!

Watch this space … Jessica Voorsanger will be leading a new procession on the 8th of March 2019 in Margate in association with POW! for International Women’s Day. POW! is a festival of Arts and Culture celebrating and exploring issues around Feminism, Women and Girls. If you [ladies and people who recognise themselves as ladies] would like to get involved contact POW! here.

Read about it here: 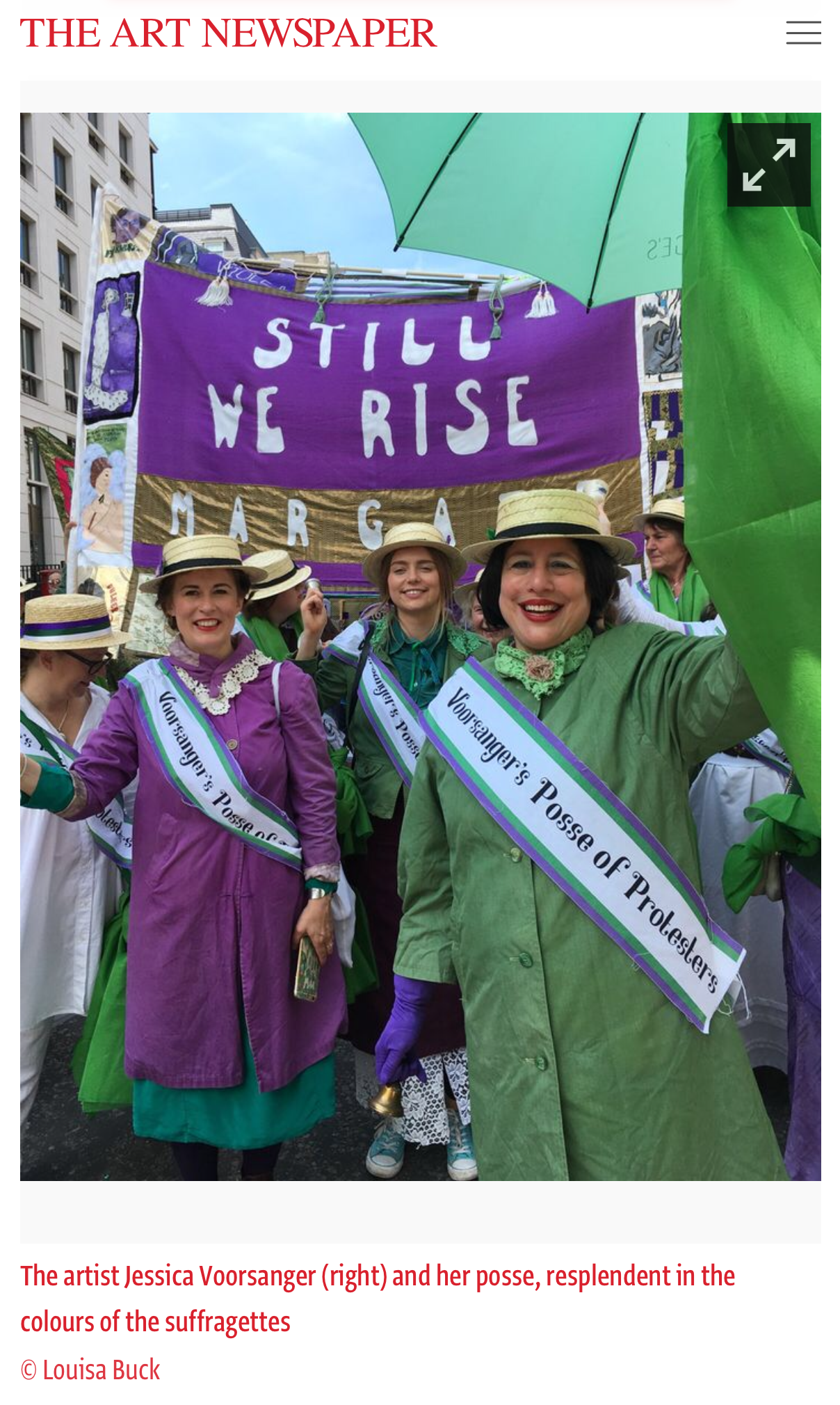 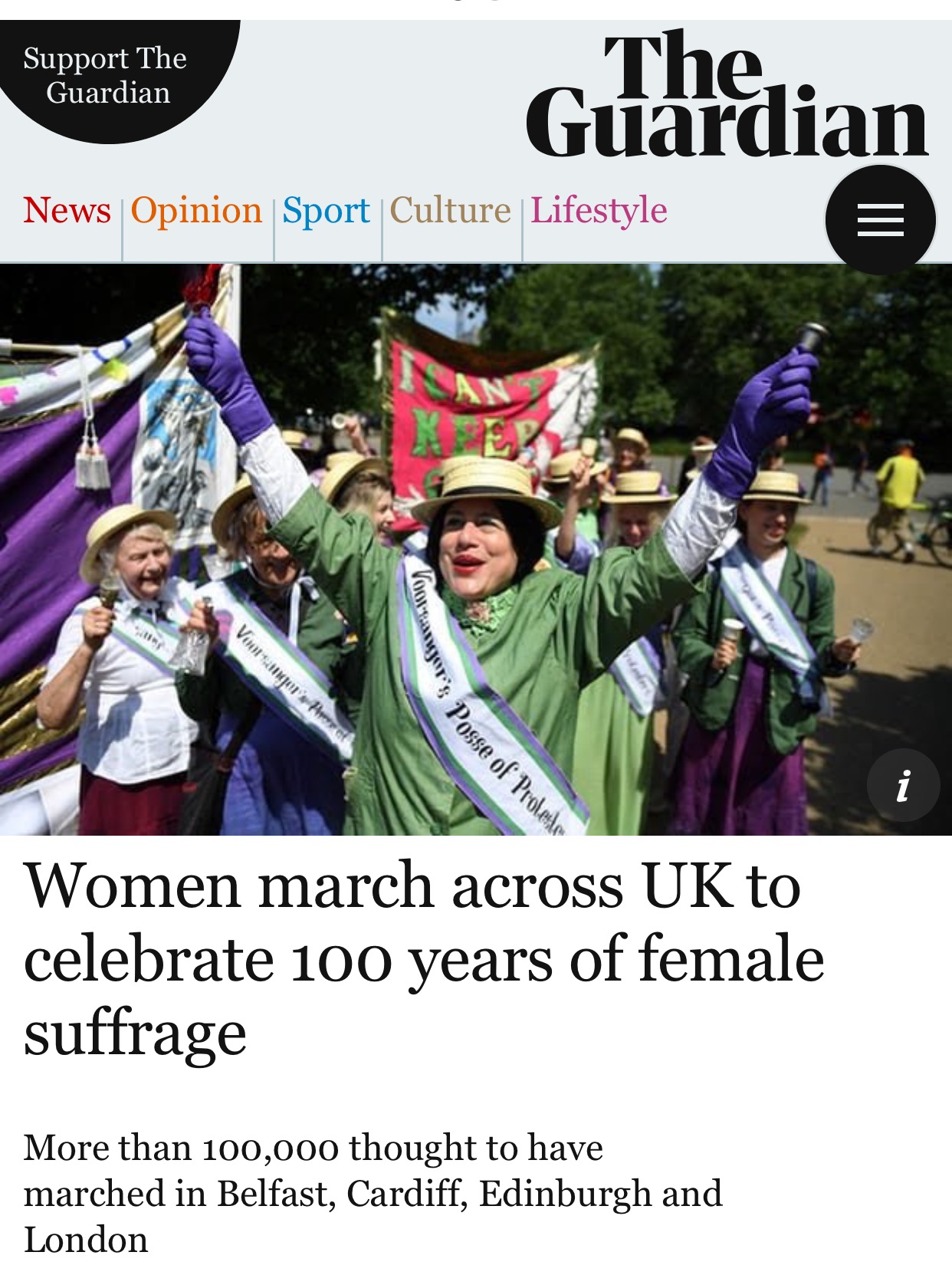 The project received a great deal of press, appearing on BBC London News, BBC Kent News, The Art Newspaper, The Guardian Newspaper amongst others … 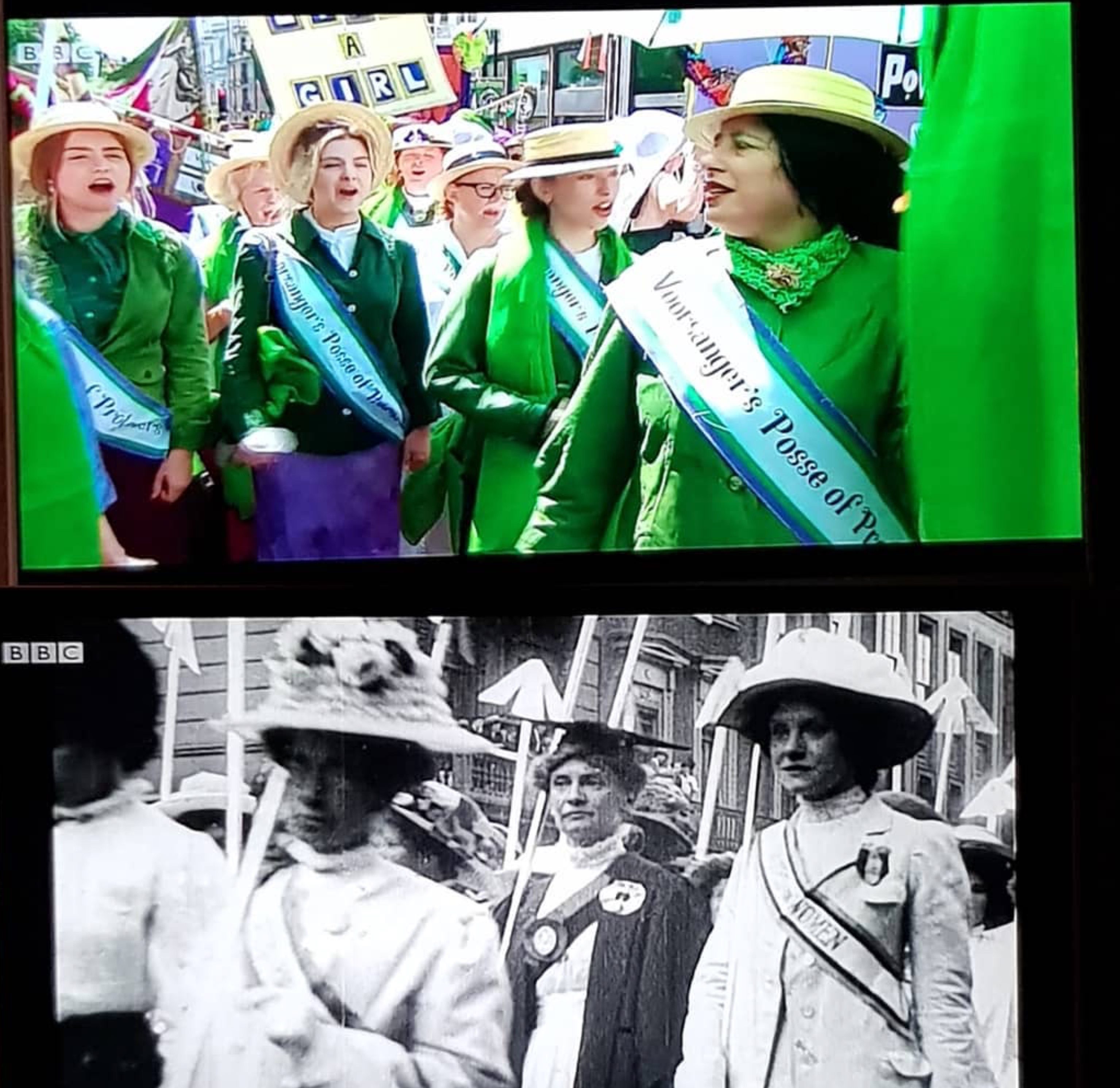 Here are some images from the event … 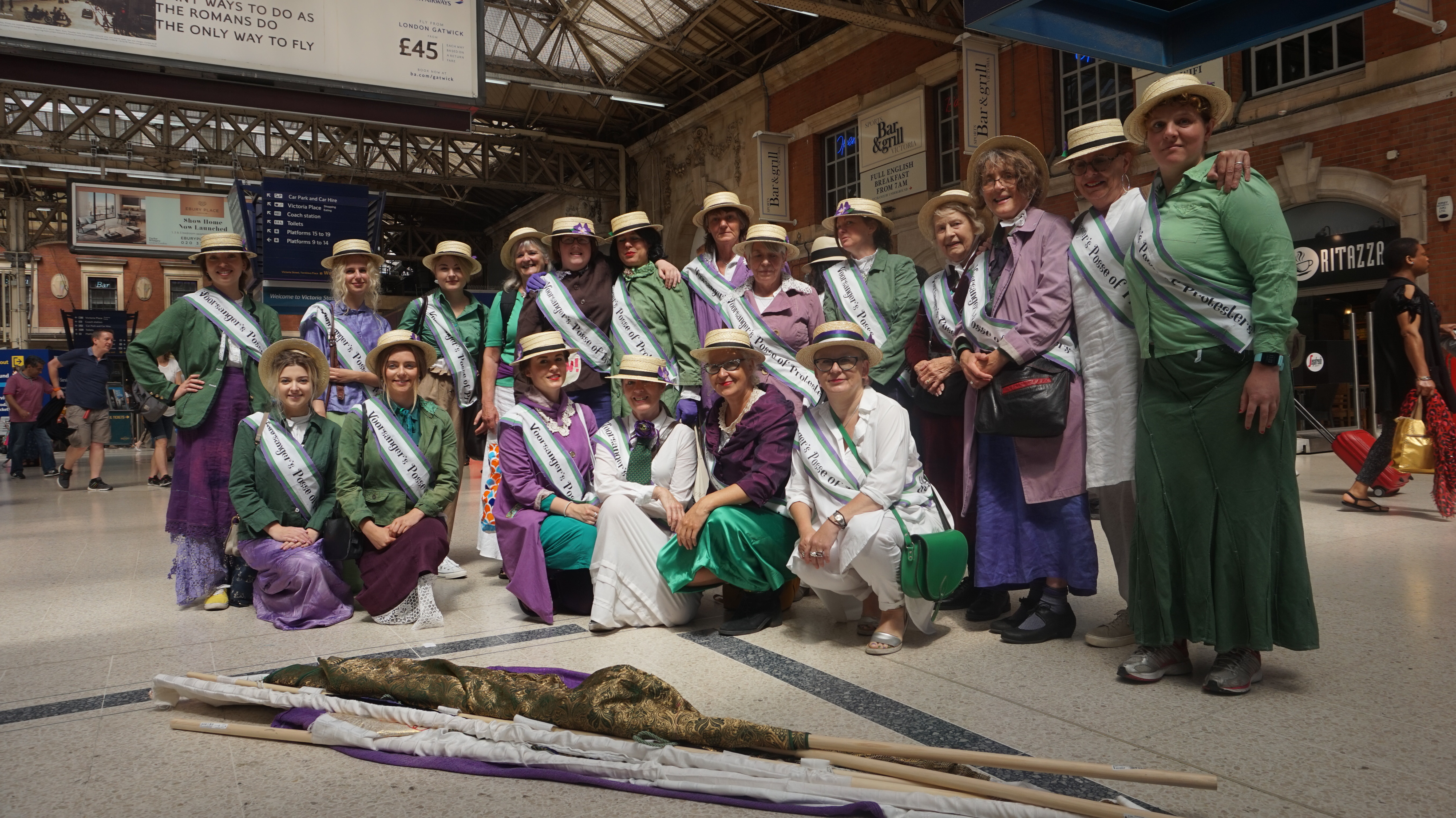 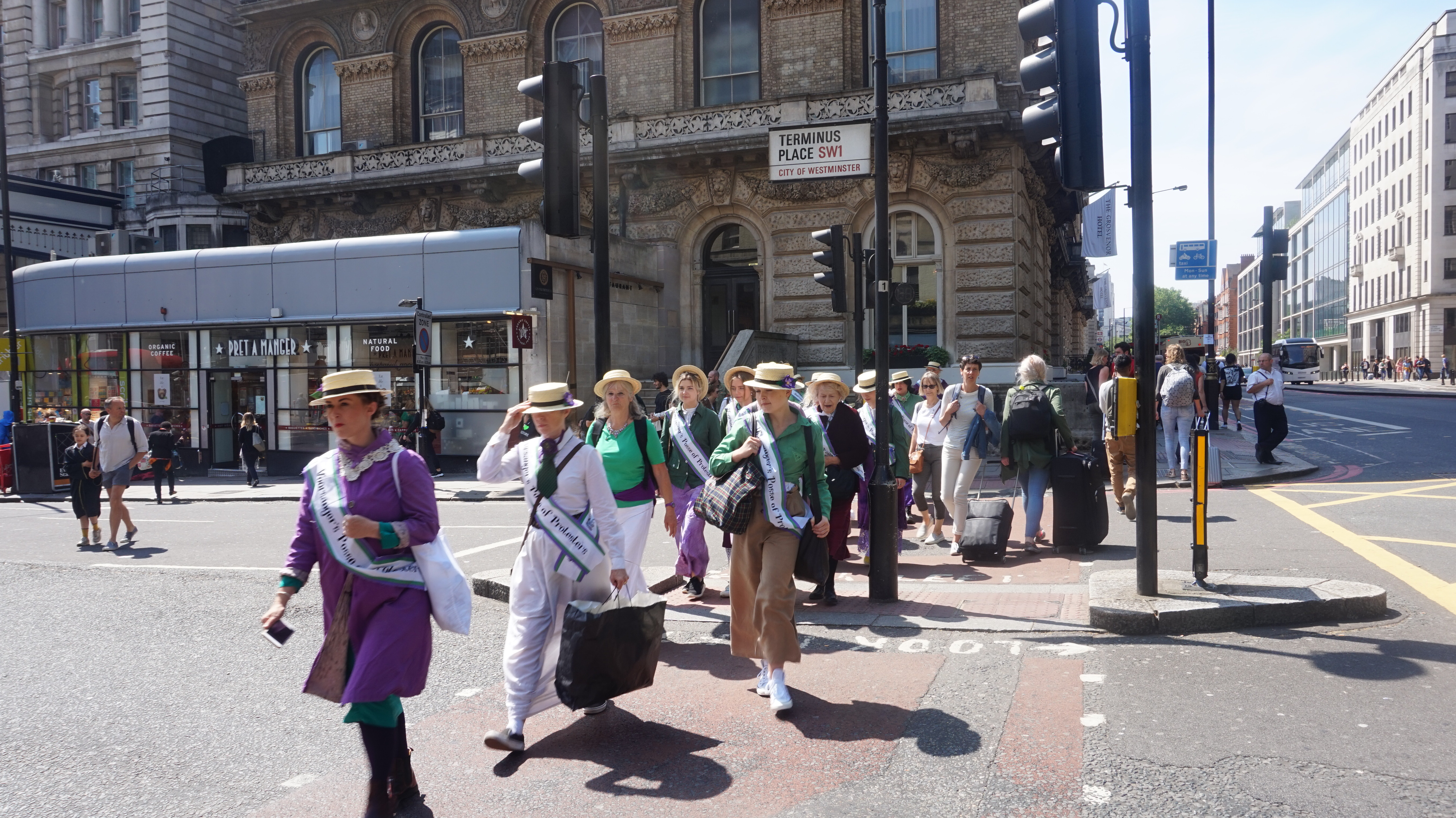 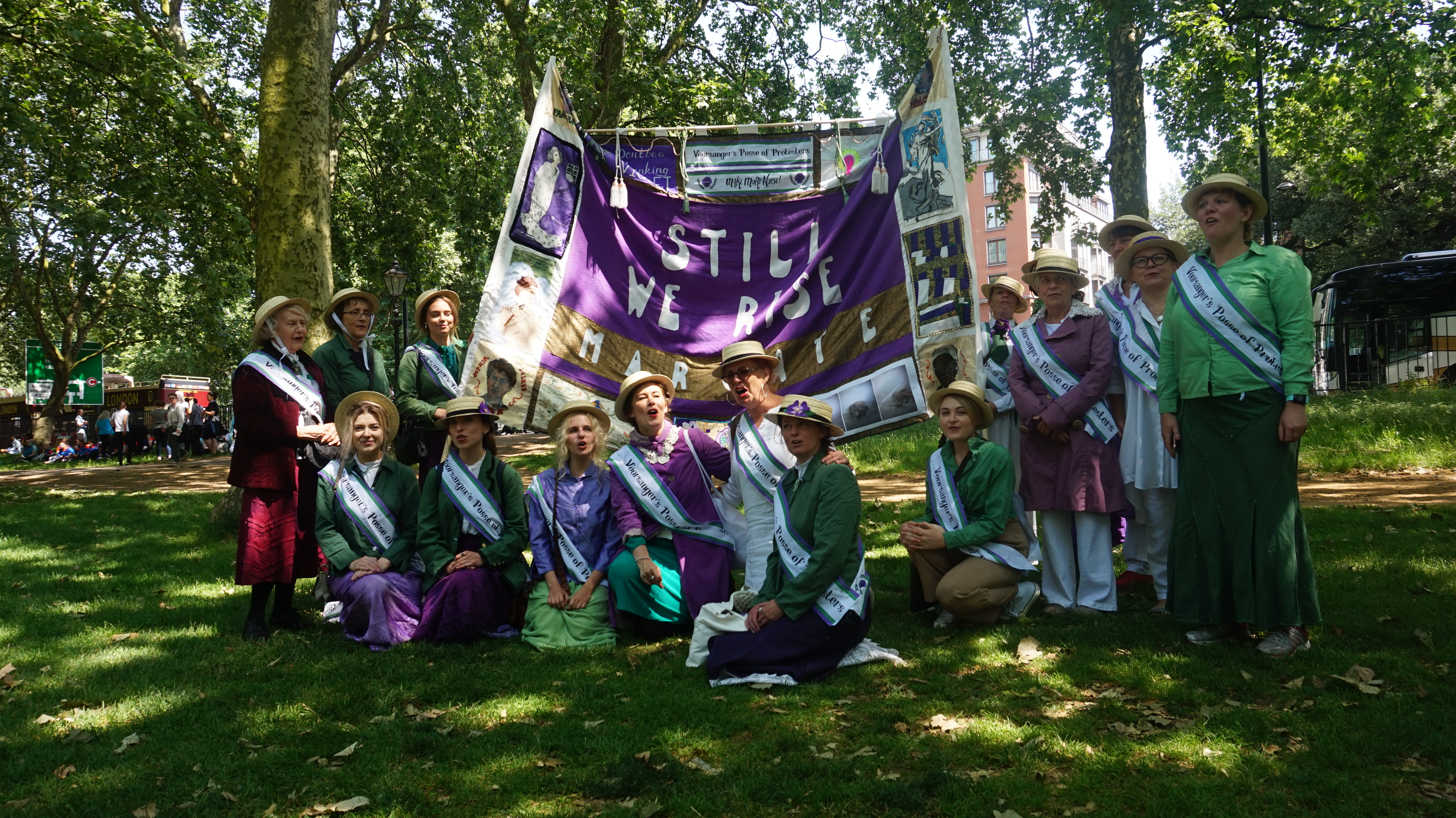 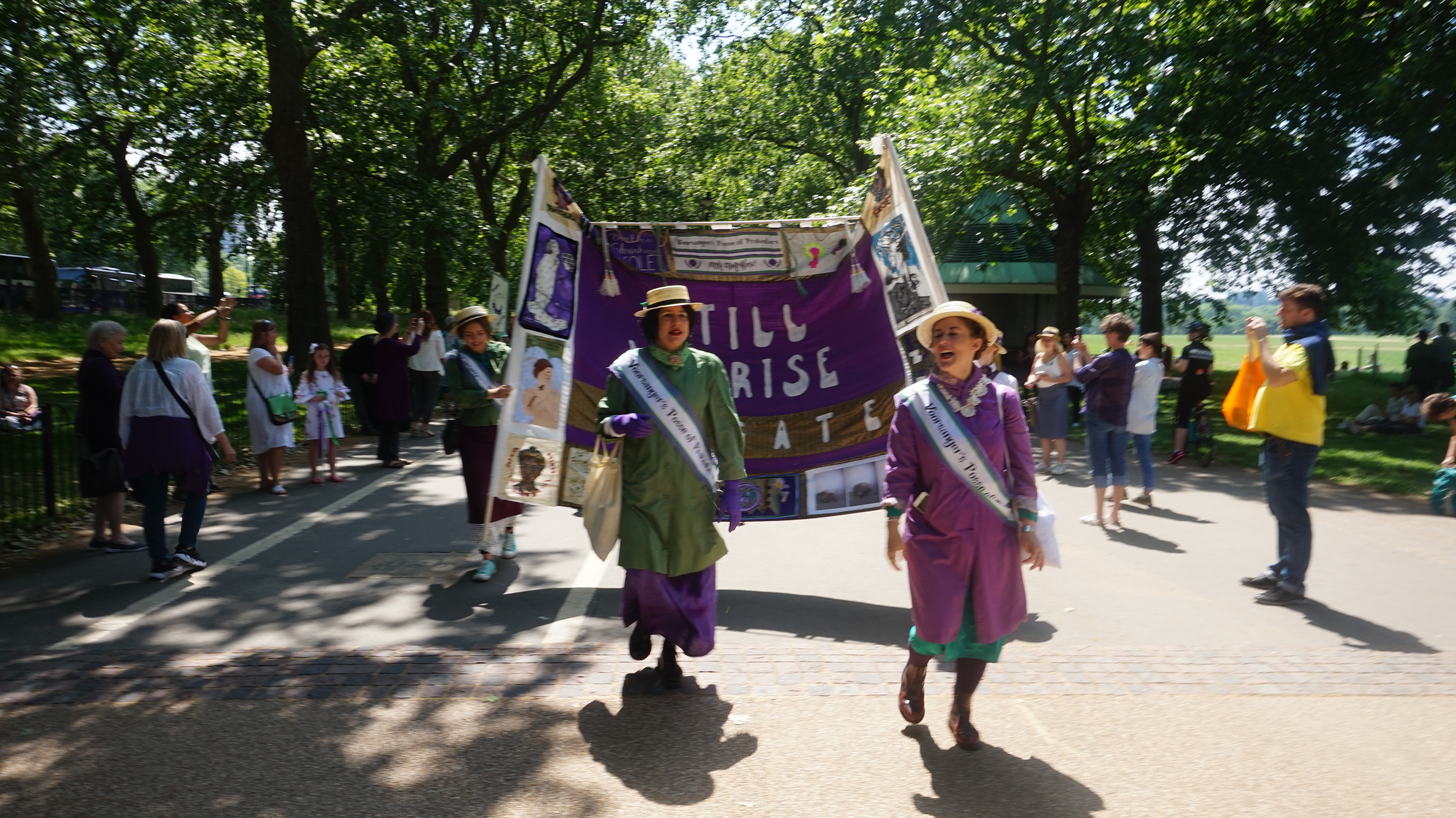 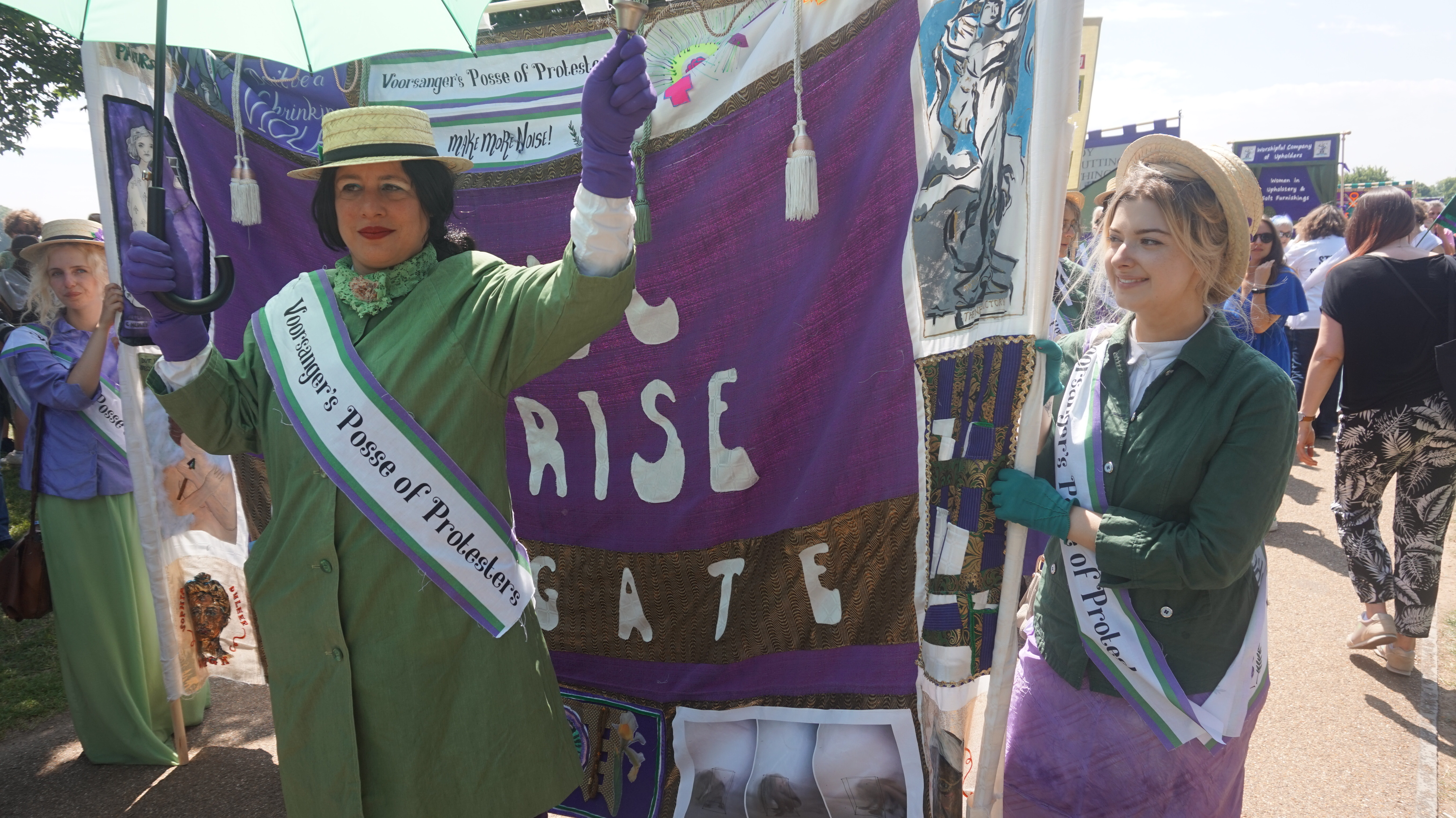 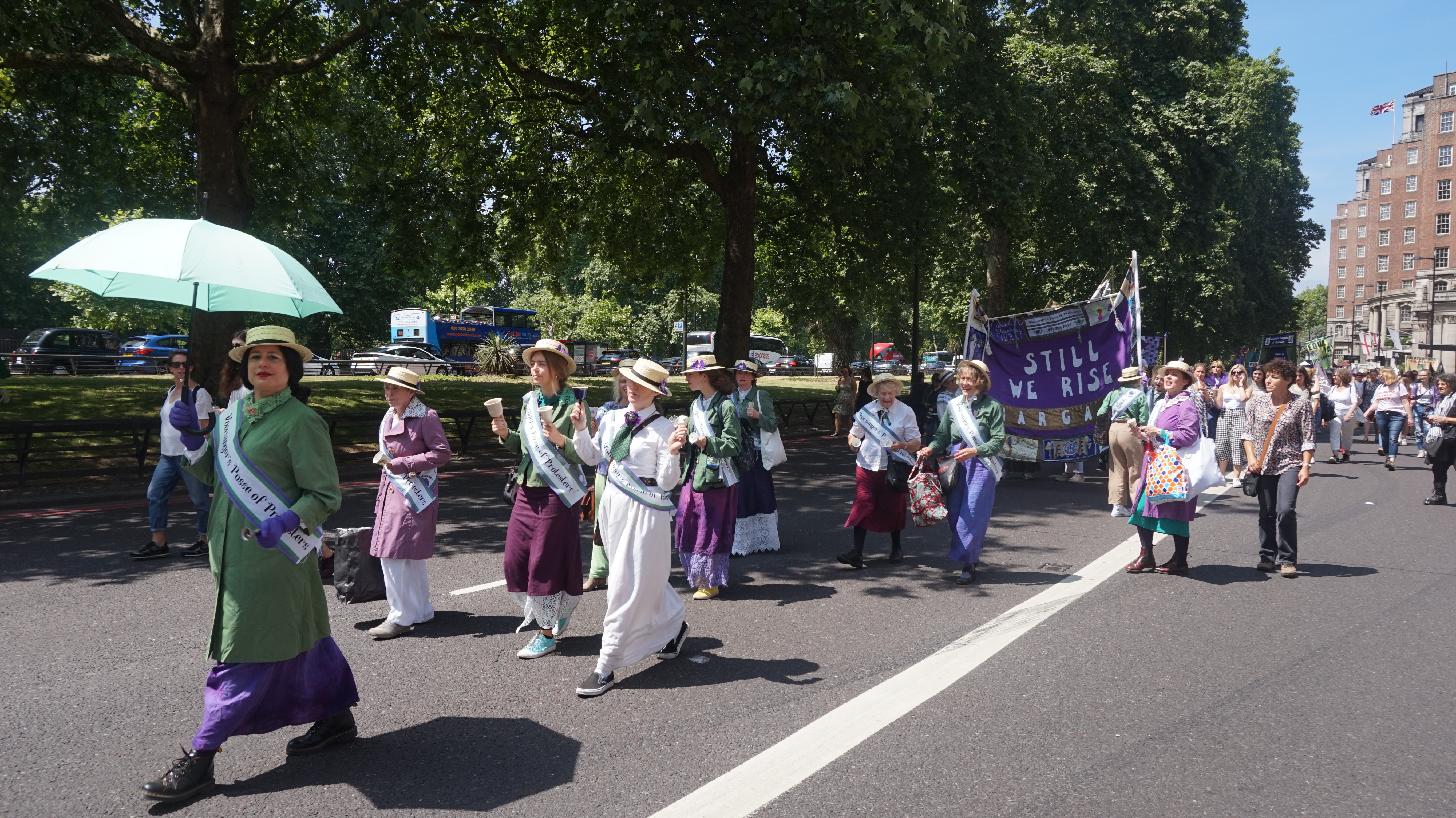 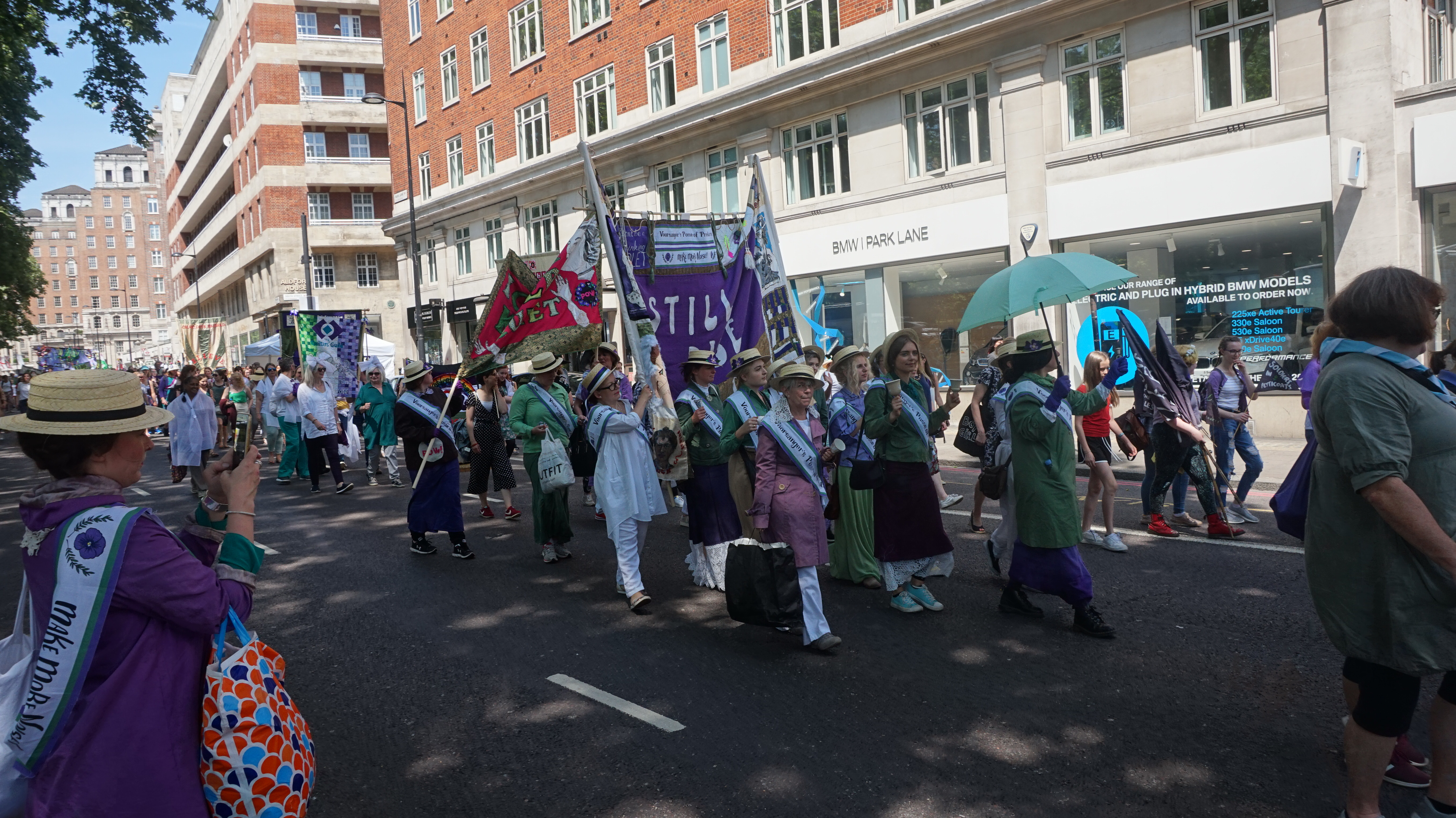 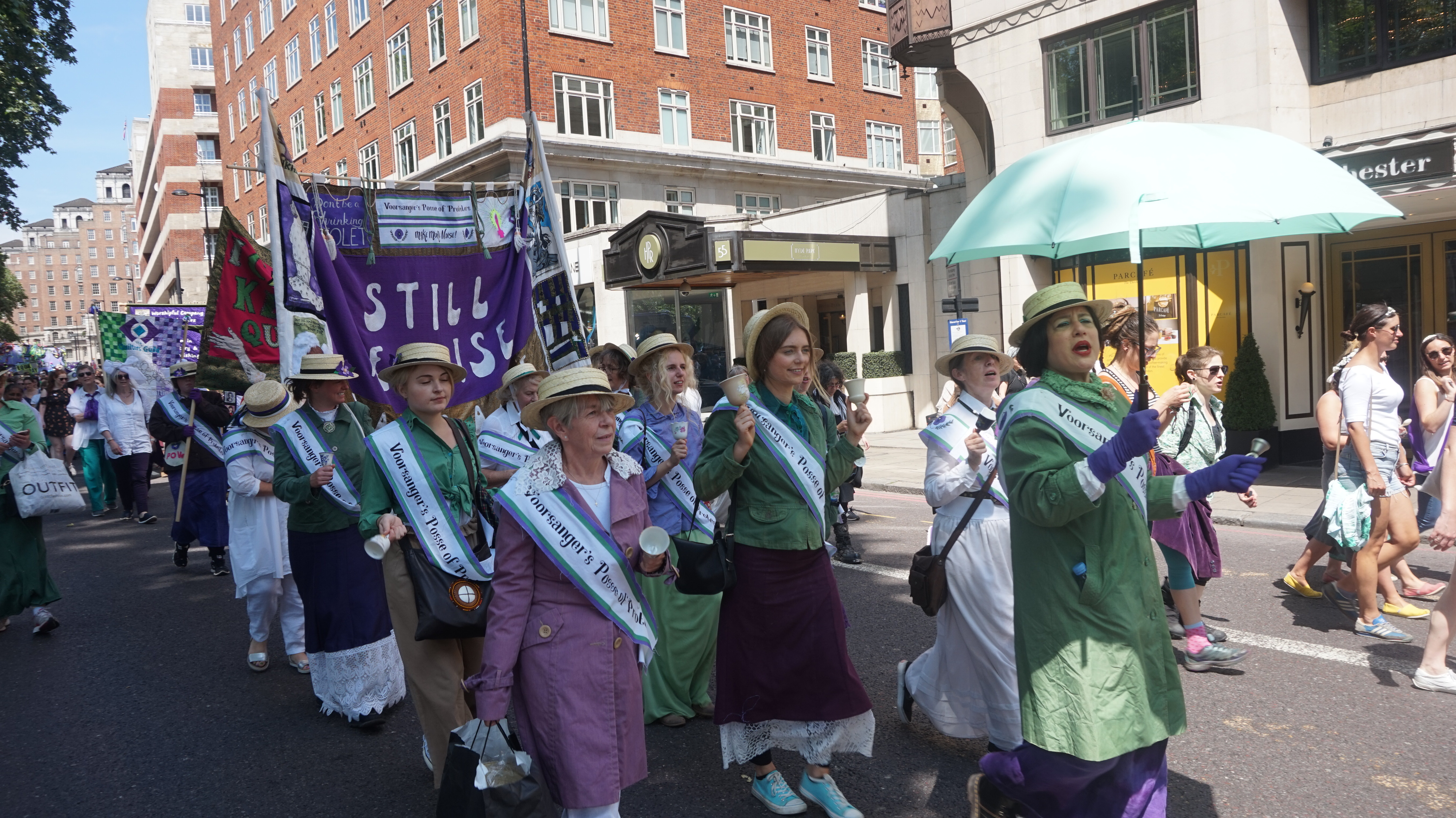 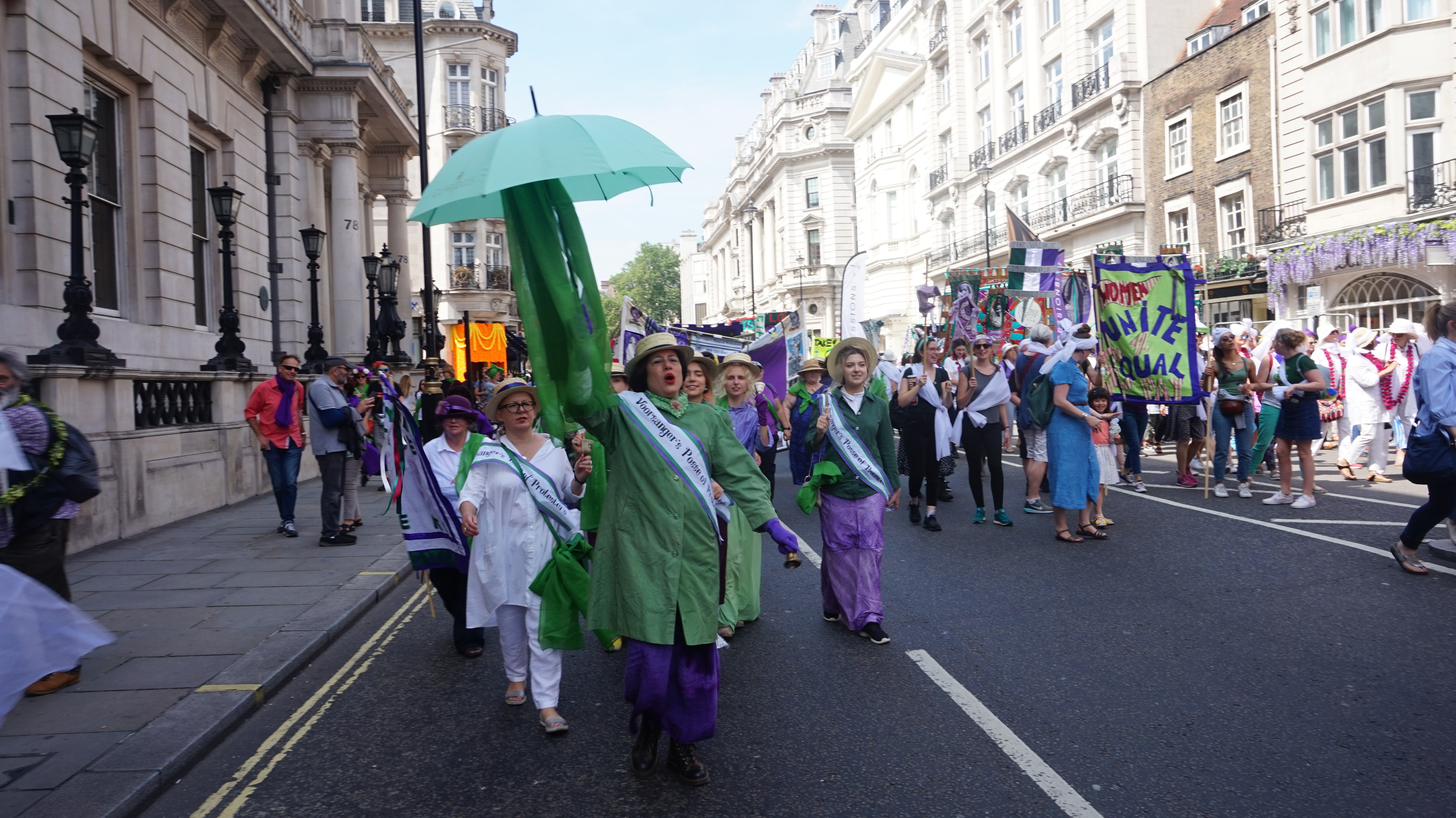 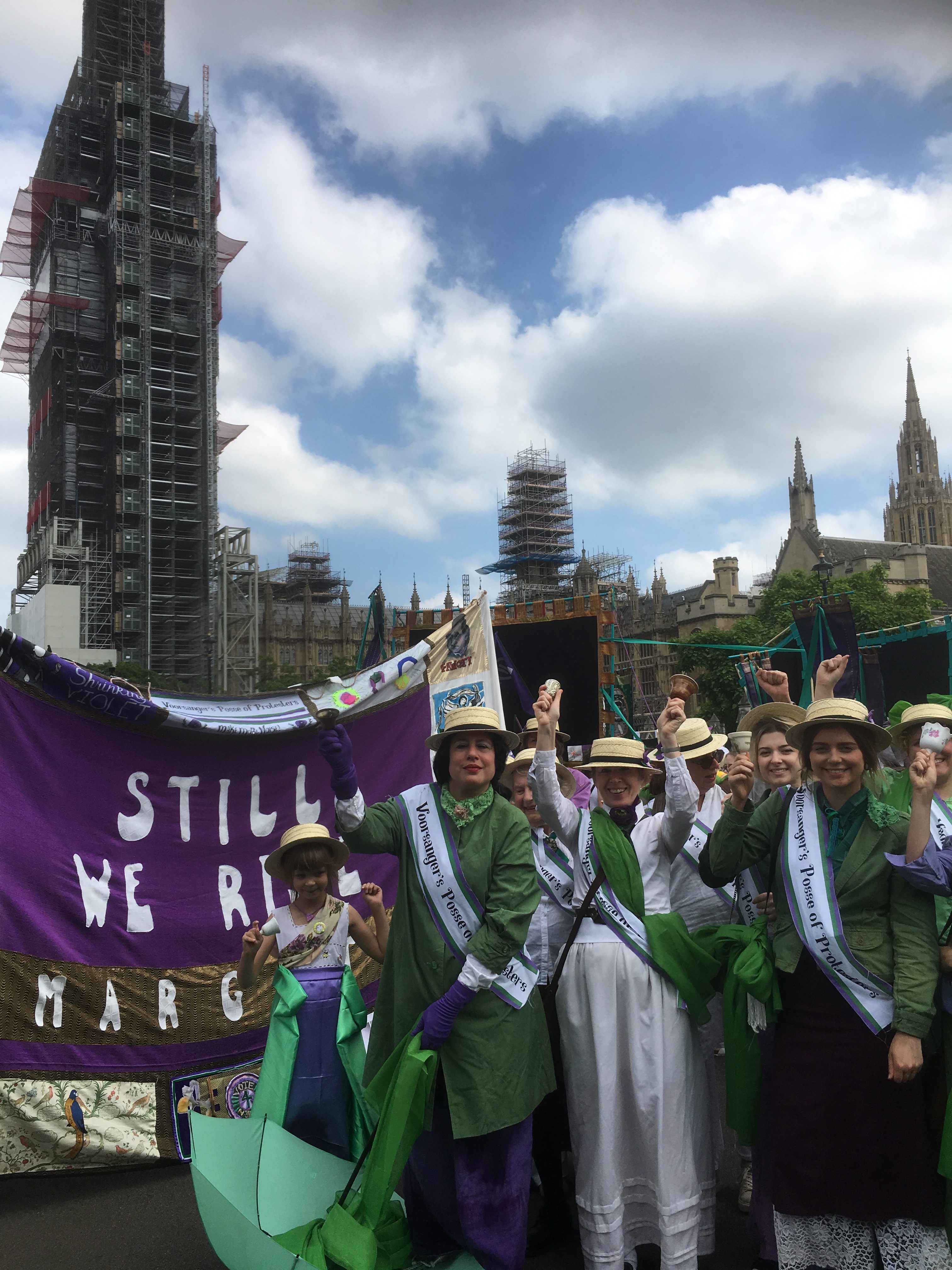 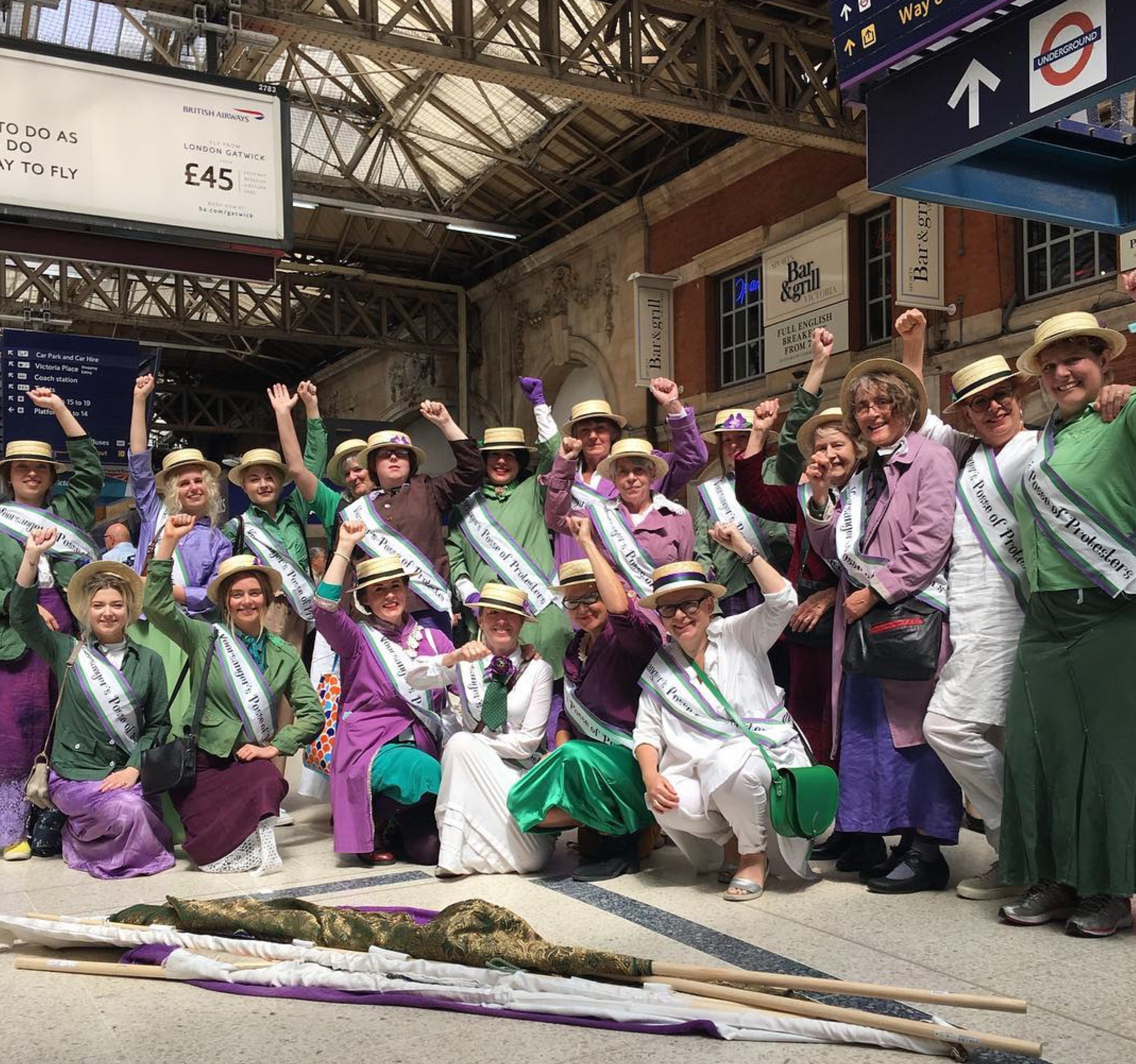 The making of ‘The Secret to a Good Life’

Bob and Roberta Smith RA, Jessica Voorsanger and Etta Voorsanger-Brill discuss their collaborative project, The Secret to a Good Life. (4 September 2018 – 3 February 2019). This special project by Bob and Roberta Smith RA explores the story of women artists and the Royal Academy – through the lens of his own family history. Bob and Roberta Smith’s mother, the artist Deirdre Borlase, regularly exhibited in the RA’s Summer Exhibition. She thought she was more likely to be selected if she submitted works without her first name, to avoid giving away her gender.

Three new sculptures include This is Deirdre Borlase ARCA, 2018, by Bob and Roberta Smith RA and sculptures of the Academy’s female founders, Mary Moser RA and Angelica Kauffman RA, created by Smith in collaboration with his wife, Jessica Voorsanger, and their daughter, Etta Voorsanger-Brill.

A curatorial project by Ross Sinclair

Artist Ross Sinclair curates an exhibition celebrating the intertwined relationships of his twin passions of art and music and has invited 100 like-minded practitioners to join in. These themes have been prevalent in Sinclair’s own work as an artist since he took time out of his studies at the Glasgow School of Art to become a founding member of popular Glaswegian beat combo The Soup Dragons in the mid 1980’s. Sinclair has invited 100 members from the art and music communities to submit an artwork, (irrespective of which form they are best known for) and to contribute an example of their music for a digital mix-tape that will be played in the space. Films and videos will be exhibited reflecting an eclectic mix of pop video, performance and film-work.

Queens Park Railway Club is an artist run space located on the platform of Queens Park Railway Station on the South side of Glasgow. Run by Patrick Jameson and Ellis Luxemburg, the space has a continuing programme of events including exhibitions and residencies for artists and writers.

Not seen since 1994 Jessica Voorsanger’s Susan Dey’s Beauty Tips and David Cassidy’s Diet will be included in the exhibition Staaliche Kunsthalle Baden-Baden. 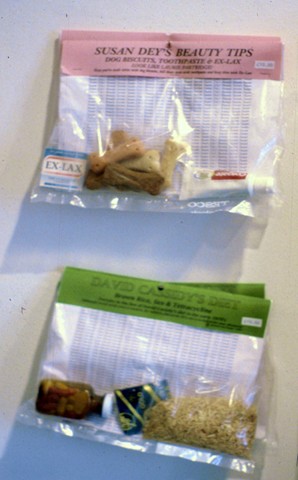